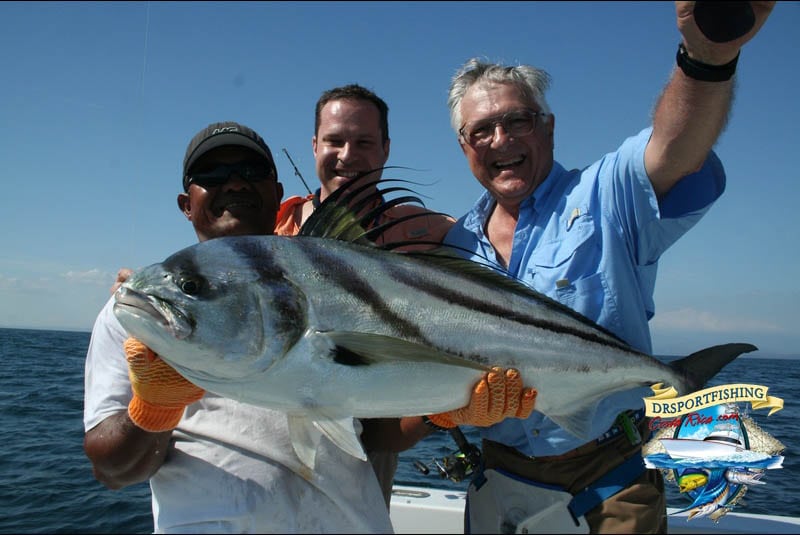 Where is the Best Place to Fishing in Costa Rica? This is a great question we here at GoFish Costa Rica get asked often.If you are an angler and have checked out Youtube videos on sportfishing in Costa Rica you will probably have made a new ‘bucket list’. No matter if you are watching a video giant tarpon crushing a fly on the Caribbean side of Costa Rica or FAD fishing out of Los Suenos where guys hook 20+ marlin on a single outing, you will want to jump on the next plane to Costa Rica and get some of that.

There is no shortage of what Costa Rica has to offer anglers of any type or preference, so let’s take a look at some of the sport fishing opportunities.

Costa Rica’s Pacific fishing seasons are regional due to migration movement of pelagic fish as well as temperature changes. The southern and central Pacific regions produce large numbers of sailfish and marlin December through April. The North Pacific (Guanacaste) sees most of its action from April through December.

The annual Los Sueños and Marina Pez Vela pro tournaments continue to produce record numbers of sailfish and marlin year after year pushing these two tournaments into the top rung of the international fishing circuit.

Dorado (mahi-mahi) are a powerful fighting fish and make for some of the best seafood eats in the tropics, and the central Pacific coast of Costa Rica is hands down the best hotspot in the country to catch these beauties.

Other favorites among off-shore anglers on central Pacific are tuna and wahoo. Yellowfin tuna catch has also been on the rise, although they can be sporadic depending on surface temperatures.

Marlin catches have continued to rise in recent years as well partly to do with Costa Rica’s marine conservation efforts but there are other reasons as well such as the changing temperatures both on the surface and from the upwells coming up the continental shelf that brings plankton and the feeder fish that follow. Here in Costa Rica, the Pacific offers what only a handful of location in the world can offer the opportunity for the Grand Slam, catching all three marlin species blue, black, and striped.

What about In-shore Fishing in Costa Rica?

The Pacific coasts Roosterfish has a badass reputation as being a powerful striker and persistent fighter and has earned the title of monster not only for its ferocious looks but aggressiveness. Roosterfish is available all year round on Costa Rica’s central Pacific, unlike other areas. Averaging 10-15 lbs., roosterfish can get up to the 50-lb mark!

Other species available inshore are a nice large variety of snappers, grouper, jacks, and others. Roosters, snook, jacks, and snapper can be had from the beach. While snook is prevalent on the Pacific side the best place for these inshore beasts is the Caribbean.

Costa Rica’s Caribbean side is most famous for the high flying tarpon as well as the snook. In general Tarpon like to group and troll the outside river mouths feeding on the smaller fish that are there partaking of the rich smorgasbord flowing out of the rivers. Tarpon also travels up the rivers into near-shore lagoons to feast.

Snook are to be had all along the beaches of the Caribbean as well as found in the rivers and lagoons. There are four species of snook on the Caribbean side so the opportunity is there to catch them year round. Snook can average 5 to 8 pounds but can reach a monstrous 35 pounds.

Conclusion on the Best Place to Fishing in Costa Rica:

While fishing in Costa Rica is excellent on both coasts from the northern border to the southern border, the best place to be with highest numbers of fish and variety of species to fish for is the central Pacific Coast.

The primary launch points are Los Suenos Marina just north of Jaco Beach in Herradura Bay as well as the Marina Pez Vela in Quepos. Both of these marinas provide hundreds of fishing charters and have both great off-shore seamount fishing as well as spectacular in-shore opportunities.

For more information on the Costa Rica fishing trip talk to the expert – Dan Ross is a captain for over 40 years and over 20 years fishing and planning fishing trips in Costa Rica. He will set up on the right boat for the right fishing experience you want.